Liberland: From a Flooding Forest toward a Floating City [4th Prize]

ECOSYSTEM: MERGING THE CITY WITH THE EXISTING LANDSCAPE

The critical challenge of the project is how to create a city within a flooding forest. The Danube river dynamics generate lateral migration according to the geometry of the meanders, shaping the landscape of Liberland and preserving the richness of the soil by associated landforms that transport and deposit essential sediment to support the diverse flora and fauna of the existing ecosystem.

In order not to interfere with the natural ecosystem, the project develops two superimposed strategies at different levels. It creates a floating city capable of coexisting with the flooding forest, allowing nature to flow underneath. In the flooding forest, some areas are consolidated at safe height, and used to host a wide variety of open spaces for the city. The rest of the ground is left as a natural reserve that embraces the flooding instead of fighting against it. Additionally, at city level, avenues are arranged following the forest pattern (created by the affectation of meanders), developing a symbiotic relation with the existing landscape.

To set the basis for a spontaneous order, the project develops a grid strategy based on the Manhattan logic but adapted to the natural pattern. Avenues go along the main direction and streets organize the space in between. Besides a tram system running through the Avenues, Liberland is fully pedestrian, reinforcing the relationship between people and nature.

As a measure to reinforce the preservation of nature, each building’s main body is elevated from the ground, occupying only thirty percent of the plot area and touching just five percent of the ground. This condition reduces at a minimum the removal of existing trees and increases sun lighting for the natural reserve at lower level. The resulting spongy tissue is an artificial ecosystem of high permeability, fluidity and flexibility.

At an international level, and to secure independence from its neighbors, Liberland has a Transportation Hub, a super-building that combines an airport, capable of connecting Liberland with all Europe, and a port, that exploit the connectivity of the Danube, passing ten countries. At a local level, this building also allocates the minimum government and facilities to provide the city with basic infrastructural systems carried along the elevated streets network.

The Super Transportation Hub functions as the foundational piece of Liberland.

Following the idea of combining the natural habitat with elevated streets that allow dense commercial areas, Liberland has no pre-set zoning. This condition encourages mixed-use buildings to happen all over the territory according to spontaneous order led by entrepreneurial potential.

Land in Liberland is divided in average plot size of 35x50m. They can be developed independently but also consolidated into larger plots to increase building’s footprint. For the proposed number of inhabitants (340.000) the generic scenario would use 80% of the plot at an average height of 11 floors. Nonetheless, a density study shows that the proposal can accommodate up to 900.000 inhabitants with full occupation at an average height of 20 floors. Endless possibilities of growing can be envisioned.

The project was designed as a minimum set of rules that provide the basis for a self-organizing system that can be configured according to different demands. 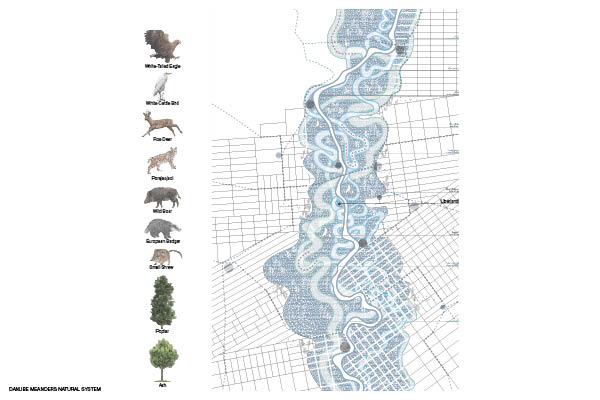 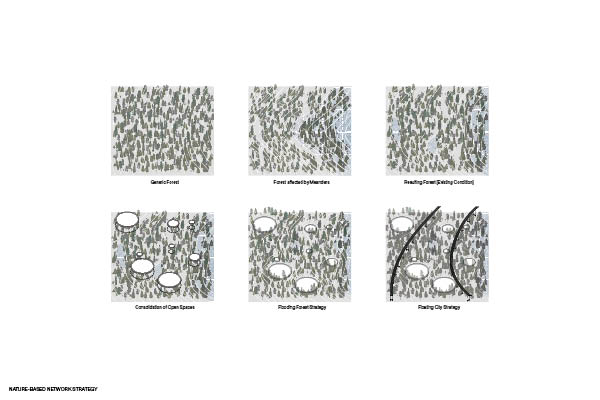 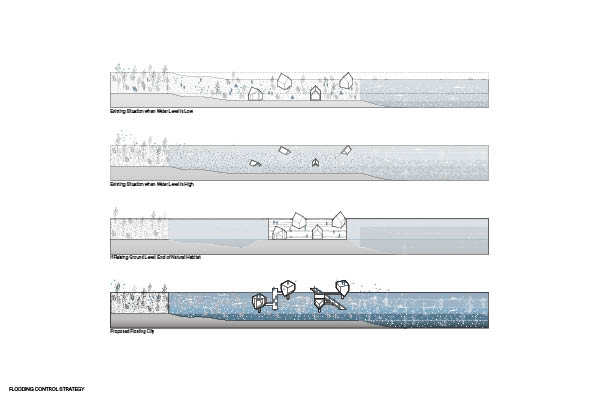 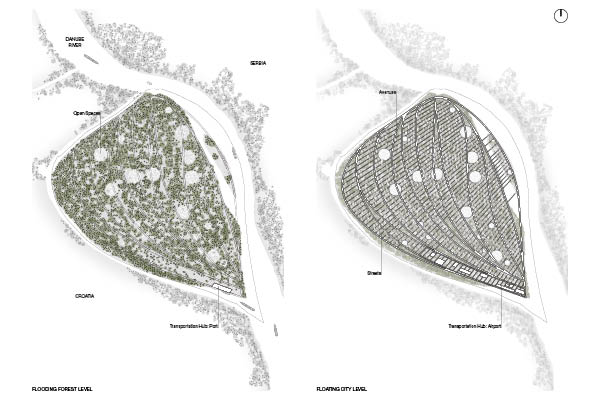 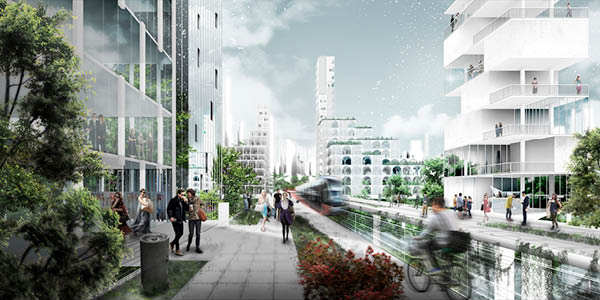 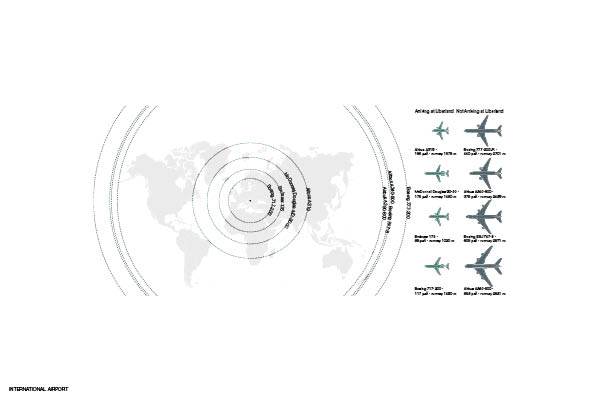 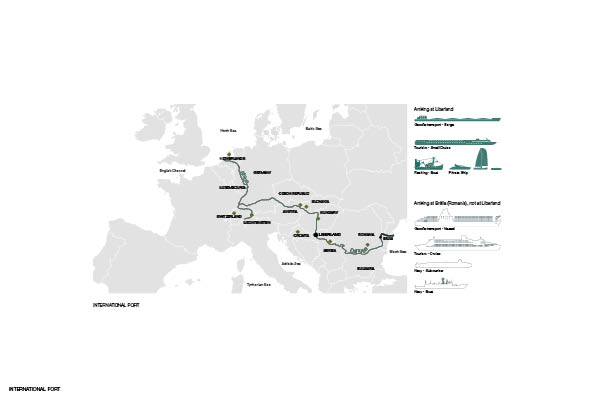 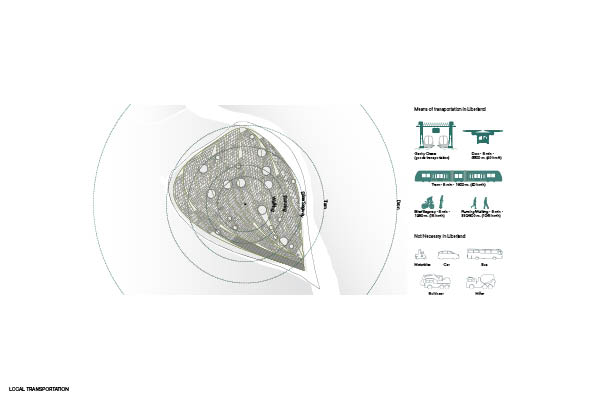 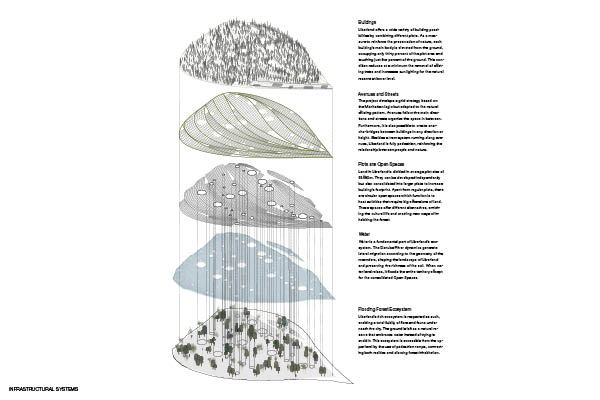 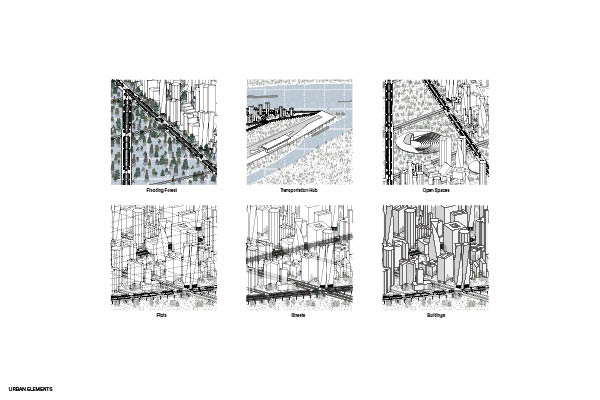 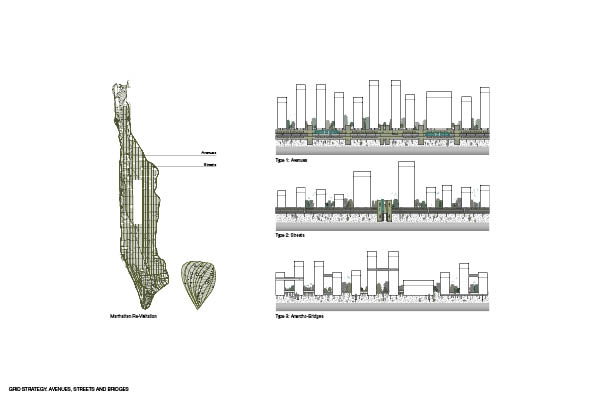 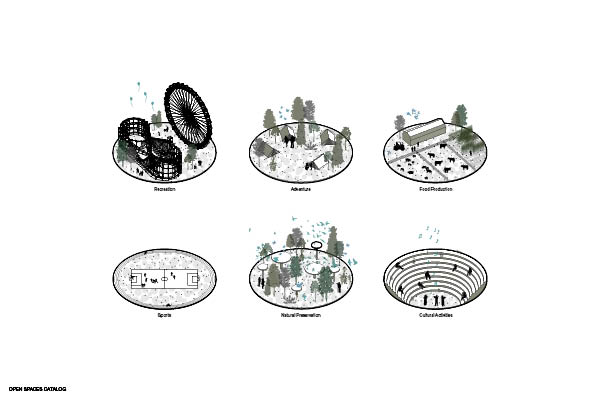 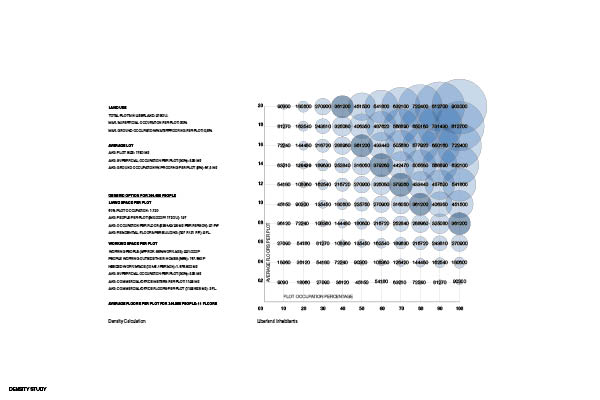 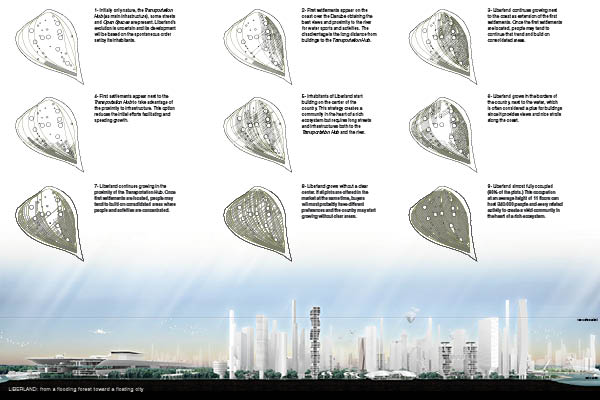